In the evening of February 20, Beijing 2022 Winter Olympics was officially closed and the fireworks in bloom formed the text “ONE WORLD ONE FAMILY” above the “Bird's Nest Stadium”. This moment with blooming fireworks was a memory of farewell and also the final “Concluding moment” for Higer Winter Olympics service team.

The Deputy Director of Higer Customer Service Department Xu Maowu said that all personnel for the traffic service were really excited, “We did it! Nearly 500 service vehicles successfully completed the transport guarantee tasks assigned by Winter Olympics Organizing Committee with zero actual operation failure, without any delay, vehicle breakdown, or complaint!” Through the close cooperation among the teams inside and outside of the closed-loop management area and the backend supporting team, nearly 500 Higer buses lived up to the expectation and withstood the severe tests of two large-scale snowing and low temperature weathers in Beijing on January 20 and February 13 respectively and finally wonthe stage victory in the service task for Beijing Winter Olympics. 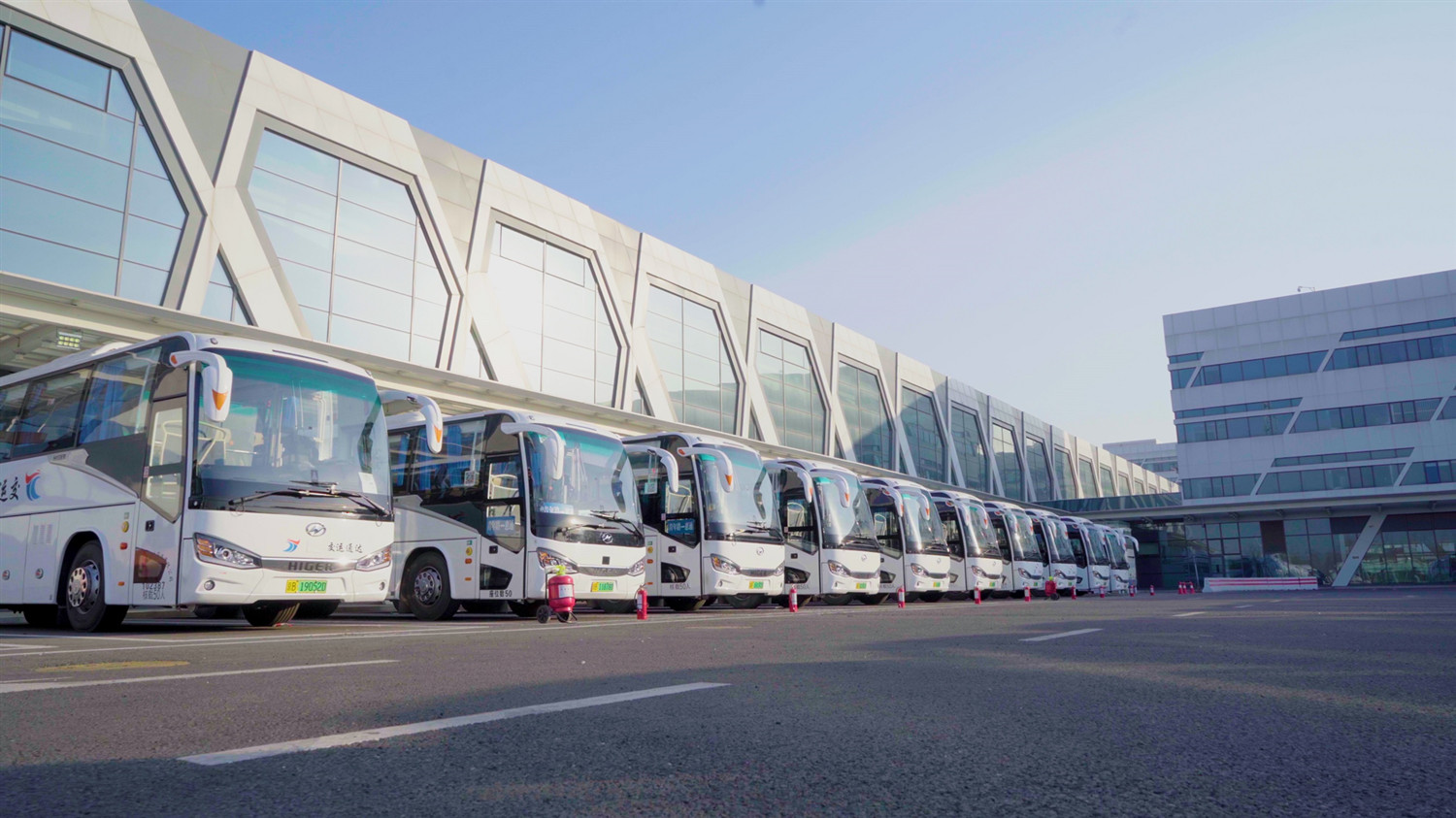 Winning of “Global certification” from media by timely shuttling service

Samaranch once said: “The media is the final judge for the successful hosting of Olympic Games.”

During the 2022 Beijing Winter Olympics, Higer battery electric buses within the closed-loop management area undertook the traffic service over 30 routes for nearly 10 stations and transported the reporters from a number of global media from the stations to the stadiums.

It’s reported that, during the Beijing Winter Olympics, the media reporters had to take the special traffic tools, such as bus, to shuttle among the stadiums within Winter Olympics closed-loop management area.

Only the shuttle buses of high departure frequency and on-time delivery could help reporters timely arrive at thestadiums, shorten the dwelling time of reporters in the waiting areas, and guarantee the safe riding spacing.

The customer reflected that, no matter the normal daytime transport routes or the return peak of nighttime media reporters, Higer buses realized zero failure during actual operations and could transport the passengers safely and timely to the designated locations and sites. It’s worth of praise.

Mr. Xu said: “The media reporters are well-informed passengers with ‘magnifying glass’. We deeply feel the heavy responsibility providing traffic guarantee service for this group. Through timely checking, advance treatment, and quick handling, Higer buses never countered any delay, vehicle breakdown, or complaint during the Beijing Winter Olympics. It can be said that Higer was successfully ‘Certified’ by the global media.”

At the 2022 Beijing Winter Olympics, the Chinese delegation won 9 gold medals, 4 silver medals, and 2 bronze medals, ranking 3rd in the gold medal list and setting a new record in the history of China's participation in the Winter Olympics.

In fact, the Olympic spirit also inspired Higer to continuously challenge the limits and surpass itself and won"gold medals" in the bus field. 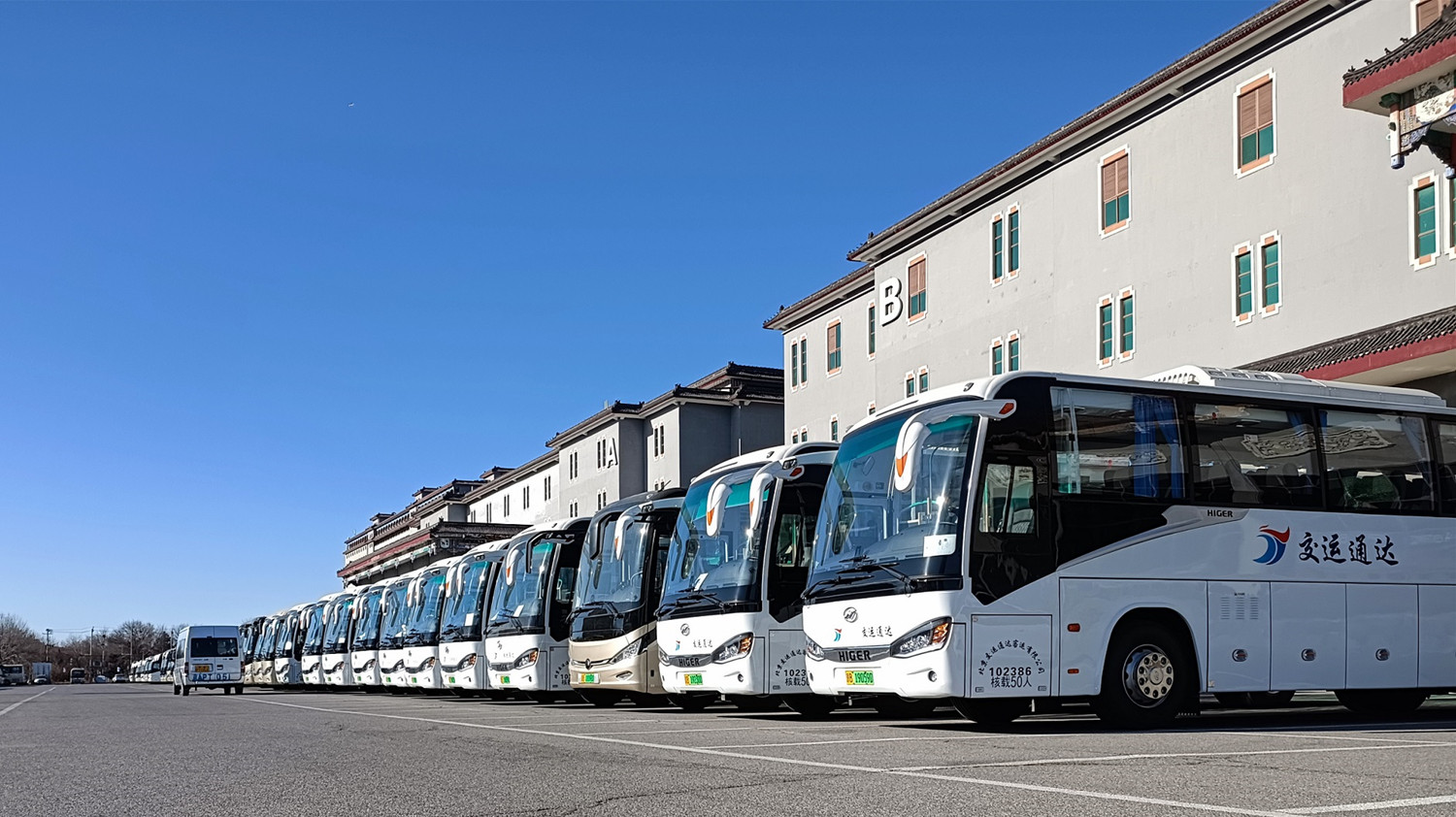 From the Beijing Olympic Games to theBeijing Winter Olympics, from the World Expo to the International Import Expo, from the Asian Games to the World Cup, Higer repeatedly shouldered heavy responsibilities, successfully completed the task with high-quality service performance, and outshined on the international stage on behalf of the continuously innovating Chinese buses.