On October 21, the Qatar Amir Cup Final kicked off in Qatar World Cup Stadium. In the end, Al Sadd team won the championship after beating Al Rayyan in the penalty shoot out 6-5.The Amir Cup is a football match of the highest level in Qatar, and the champion trophy of each year will be conferred by the Emir of Qatar (head ofstate) personally. As a sports event of the highest level and with the most frequent broadcast throughout the year, the Amir Cup attracted a wide range of audiences including the people and royal members of Qatar as well as many stakeholders in the international football community. A total of 196 Higer buses took charge of and succeeded in completing the transportation task.

In 2020, Higer Bus won the bid for the FIFA World Cup Qatar2022, with 1,815 Higer buses achieving the biggest batch order for the export of large and medium-sized buses from China throughout the year. Up to now,1,470 Higer buses have been delivered to Qatar, among which, 196 served the Qatar Amir Cup of this year already. Modeled KLQ6952 and being Higer’s hit product for export, this batch of buses adopts a streamlined design, modern and simple interior, chestnut seats and a high-end appearance. The vehicle is equipped with Euro V engine, and its CAN bus and dashboard make it smarter and more convenient for maintenance, achieving multiple functions including integrated functions, space saving, decrease of fault points for maintenance, and convenient installation. 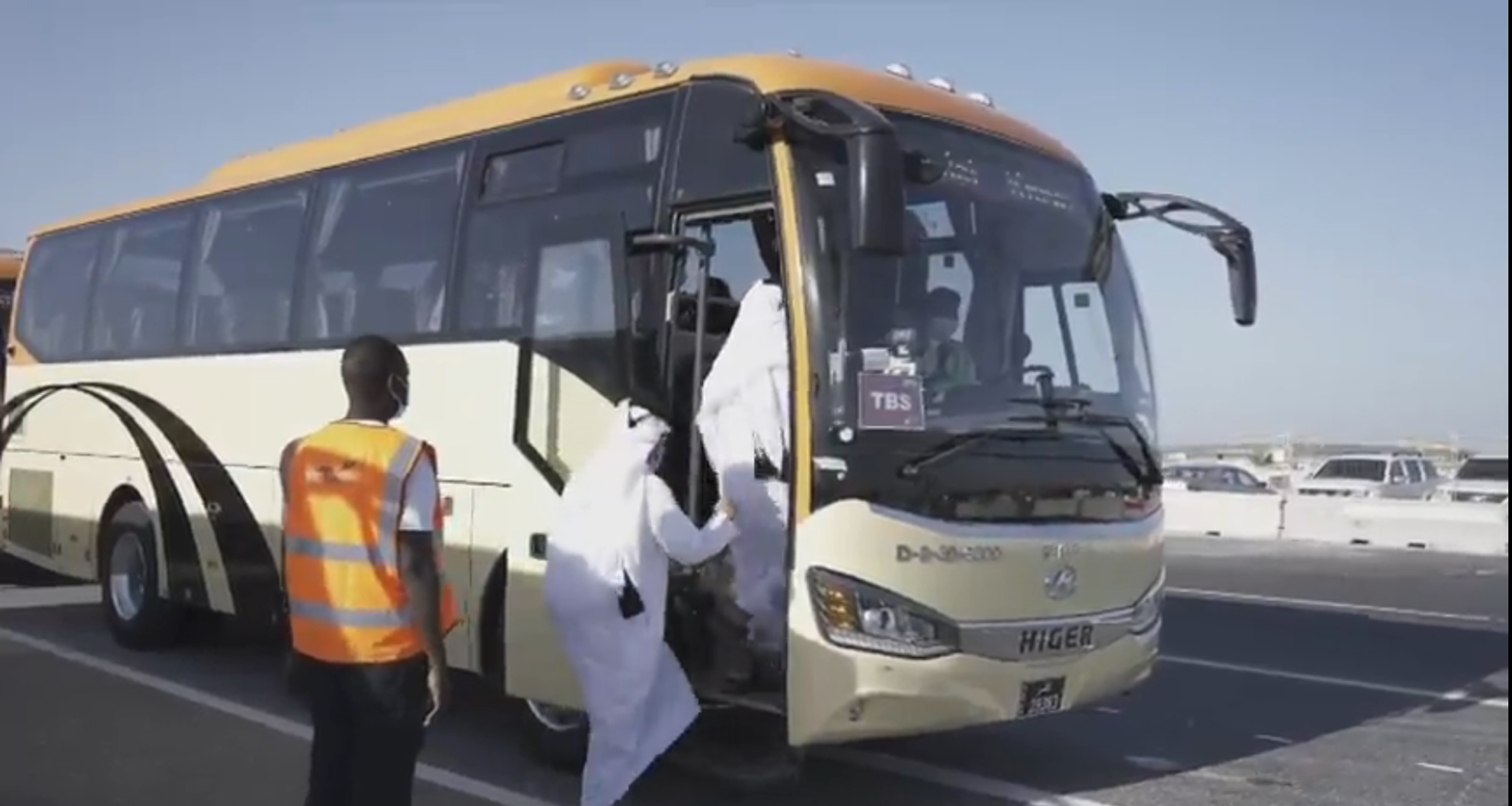 Before serving the FIFA World Cup Qatar 2022, Higer Bus took this opportunity as a test for the quality of its own vehicle services. As early as January of this year, Higer has successively dispatched a service team of 15 members to Qatar to carry out service work. Up to now, the team has carried out relevant training of 421 person times for the local maintenance team, including electricians and mechanics. Accessories for the first batch were delivered to Qatar in this April and subsequent accessories will be sent by the end of this year to ensure the normal operation of vehicles. Furthermore, Higer service engineers will conduct PDI check to the new vehicles at the service site, troubleshoot possible problems one by one, and immediately reportand rectify any issue found. As of the end of September, Higer service engineers have completed PDI work in 8 batches for a total of 729 new buses serving the FIFA World Cup Qatar 2022.

After 15 years, Higer Bus owns nearly 6,000 buses in Qatar, and covers over 90% of its market, ranking the first among bus brands in China.The successful completion of the service task for the Amir Cup is a warm-up for Higer Bus to serve the FIFA World Cup Qatar 2022, and also a brilliant debut of Chinese buses on the global bus stage.

As the service buses for the World Cup are continuously delivered and all related work are carrying out smoothly, it’s believed that Higer Bus is bound to make Chinese manufacturing shine on the global stage with quality products and attentive services.